The Economic Club of Washington, D.C. is pleased to announce that David Rubenstein will interview The Honorable Jerome H. Powell, Chair of the Board of Governors of the Federal Reserve System, on Tuesday, February 7, 2023. The reception will begin at 11:00 a.m. followed by the luncheon and program at 12:00 p.m. ending promptly at 1:30 p.m. E.T.

Jerome Powell took office as Chair of the Board of Governors of the Federal Reserve System in February 2018 for a four-year term. He was reappointed to the office and sworn in for a second four-year term on May 23, 2022. He has served as a member of the Board of Governors since 2012, and was reappointed for a 14-year term in 2014. He also serves as Chairman of the Federal Open Market Committee, the System's principal monetary policymaking body.

Prior to his appointment to the Board, Mr. Powell was a visiting scholar at the Bipartisan Policy Center in Washington, D.C., where he focused on federal and state fiscal issues. From 1997 through 2005, Mr. Powell was a partner at The Carlyle Group. Mr. Powell served as an Assistant Secretary and as Under Secretary of the U.S. Department of the Treasury under President George H.W. Bush, with responsibility for policy on financial institutions, the Treasury debt market, and related areas. Prior to joining the Bush administration, Mr. Powell worked as a lawyer and investment banker in New York City.

In addition to service on corporate boards, he has served on the boards of charitable and educational institutions, including the Bendheim Center for Finance at Princeton University and the Nature Conservancy of Washington, D.C. and Maryland. 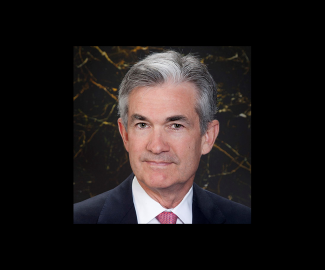