David Rubenstein, Co-Founder and Co-Executive Chairman, The Carlyle Group, and President, The Economic Club of Washington, D.C., joined Librarian of Congress, Dr. Carla D. Hayden for a lively discussion of his first book, The American Story: Conversations with Master Historians. While Rubenstein has completed more than 130 Club interviews in his 12 years as Economic Club President, this is his first time being the interviewee since 2004. During the conversation, Rubenstein stressed the importance of reading books, discussing their ability to enrich the reader both mentally and economically. "Books are an important part of my life, and reading is one of the things that helped me get where I am." Dr. Hayden and Rubenstein also discussed the process of interviewing historians for his new book and some of the historical insights that came from the conversations, including the story behind the death of George Washington and the contradictions of Thomas Jefferson. Rubenstein concluded by discussing his generous "patriotic philanthropy," which has helped restore historic landmarks, including the Washington Monument, the Lincoln Memorial, the U.S. Marine Corps War Memorial, the Washington Library at Mount Vernon, Monticello, and the Jefferson Memorial. "When people come to Washington and learn about our Presidents, they'll become better-informed citizens… if you have better informed citizens, you have a better democracy." 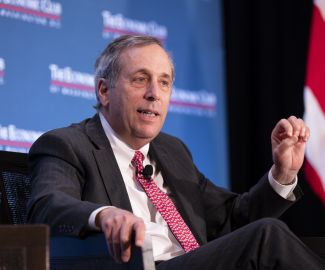 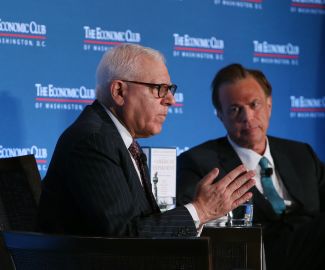 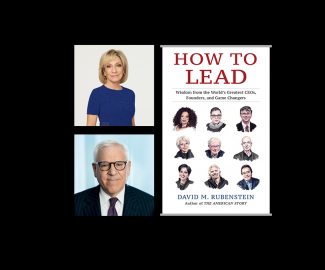 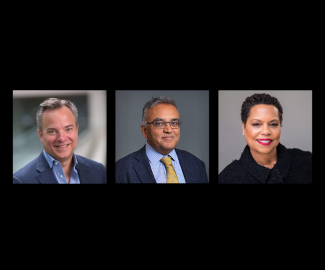